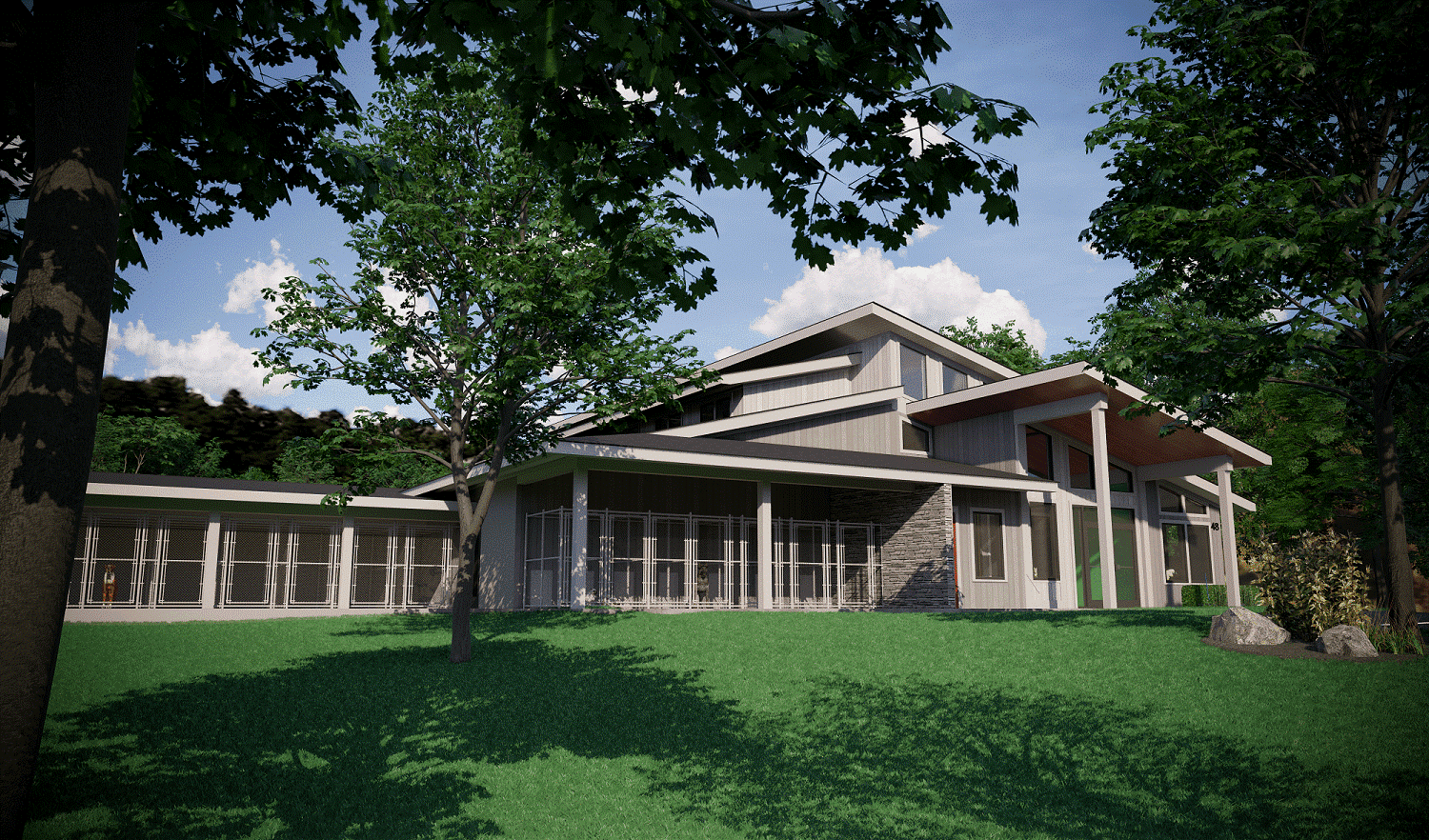 Going Beyond the Standard for Clients

Walter Elias Disney had a saying – “How do we plus it?”. It was his way to motivate his people to go beyond the standard to improve upon the “magical” Disney experience.

Similarly, we attempt to improve the customer experience by taking the extra step for our clients whenever we can. Providing extra for our clients is one of the reasons we adopted Enscape as our rendering tool over others. It improved our design and presentation capabilities while maintaining efficiency in a concise, simple workflow. A good example of this is how Enscape recently helped us to support a local community project.

Working With a Local Non-Profit Organization

The Warwick Valley Humane Society is in the process of raising money to fund a much-needed expansion of its current facility. The current capital fund is falling short, and although it is not our charge, we wanted to assist with fundraising in any way possible. The existing building of approximately 2,000 square feet is cramped, overcrowded, and not up to current shelter standards.

The design of the new facility came together through a series of meetings with the building committee. The proposed design adds 7,500 square feet to the original building to solve current space issues, improve operations, and meet shelter standard guidelines.

As is often the case, the design team had a good understanding of the look of the building, but it wasn’t until we presented the Enscape renderings that we realized the true excitement for the project. The director said, “I was in tears . . . It is beyond my wildest expectations!”

Enscape Rendering of the Proposed Facility 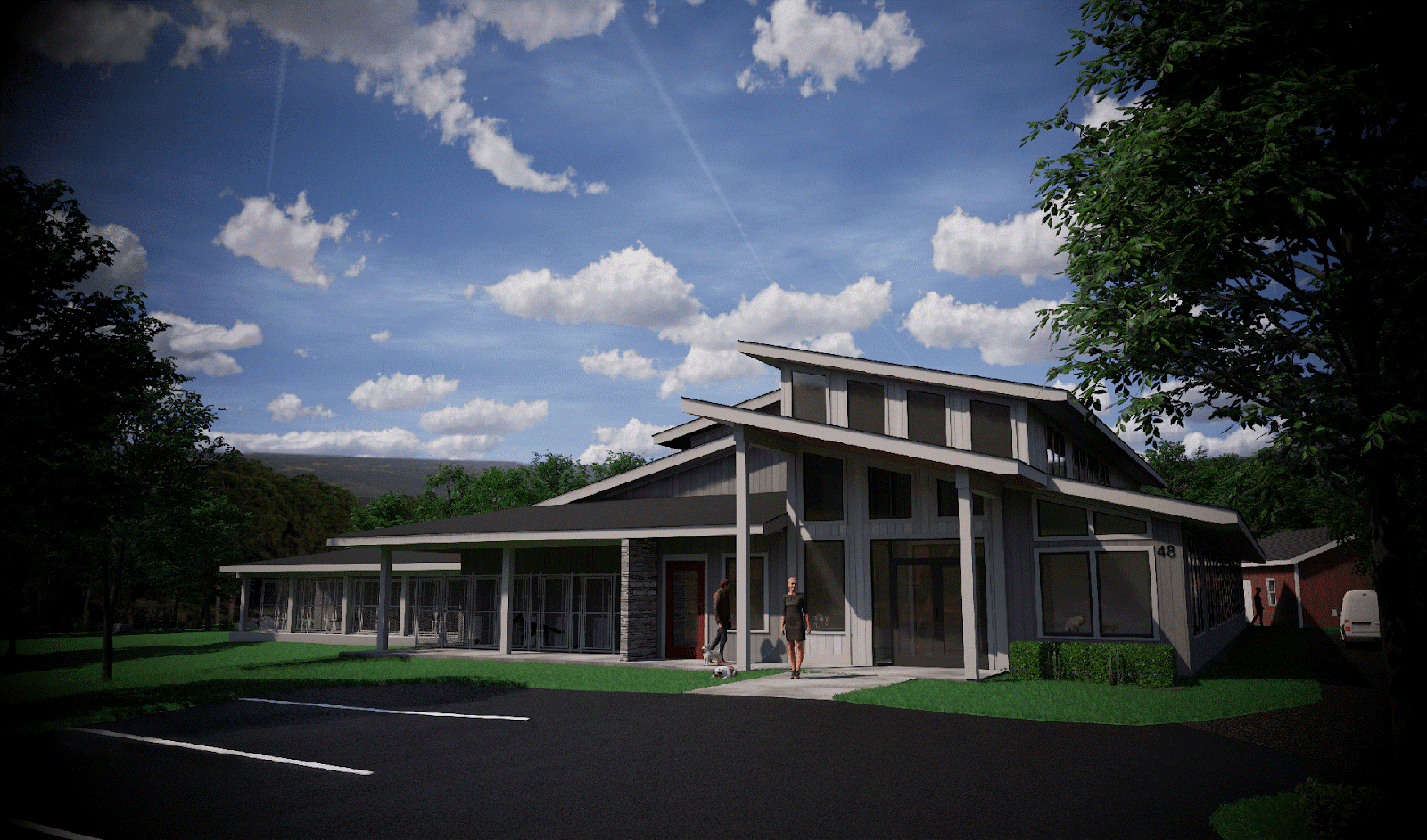 Enscape Rendering of the Entrance

To boost their campaign, we posted the Enscape renderings on social media, created presentation boards, and promoted the project when possible. To date, the Enscape rendered images have reached over 5,500 people online.

Somehow, this “standard” just didn’t seem enough. We were satisfied that we had met the programmatic needs with the design but felt we needed to assist further. Walt Disney’s saying kept running through my head, “How do we plus it?”

As a result of the exposure, we received a phone call a few days after going live. The voice at the other end of the line said, “We saw your post for the Warwick Humane Society. A local video production company would like to donate their time and efforts to create a video to help with fundraising.” This sounded like the plus we needed! I met with the group, discussed how to move forward, each person assigned a task, and we went to work. The goal: to produce a clip to convince the public of the dire need for the expanded facility, and to showcase the new facility design. The video needed to depict the current deficiencies while highlighting the solutions of the proposed design.

The conclusion of the meeting was to create two types of video clips. A series of teaser videos to run on social media, and a second longer length video. Our office provided an Enscape animation of the rendered computer model in a few different iterations to allow the media group as much flexibility as possible. We created the building model through a combination of Revit, AutoCAD, and SketchUp. The final rendered outputs are based on the materials and forms in the SketchUp file. The images and video are unaltered Enscape output.

The full-length video begins with images from the existing shelter and current residents. It transitions to interior pictures of the existing shelter. Together, these images capture existing deficiencies and facility overcrowding, to set the tone of hardship. As the tone of the voiceover transitions to one of hope, the video and sound heighten the anticipation, and the building animation that we created in Enscape appears in a flash of light. As the building animation plays, sounds of birds singing enhance the optimistic effect of the new facility design. The video fades to images of happy shelter residents and information on how to donate is provided.

The resulting video, along with other awareness campaigns has been viewed by many thousands of people, helping The Warwick Valley Humane Society approach the goal of the capital fund.

The basis of this project, providing improvements to a vital aspect of the community, is a positive contribution to our community. Our capabilities, with the assistance of Enscape, pushed the boundaries of the elevated nature of the importance of the goal. To borrow again from Disney, we found a way to double plus the campaign and define a new capability for our team.

Credit to those who gave up their time to create the fundraising video: 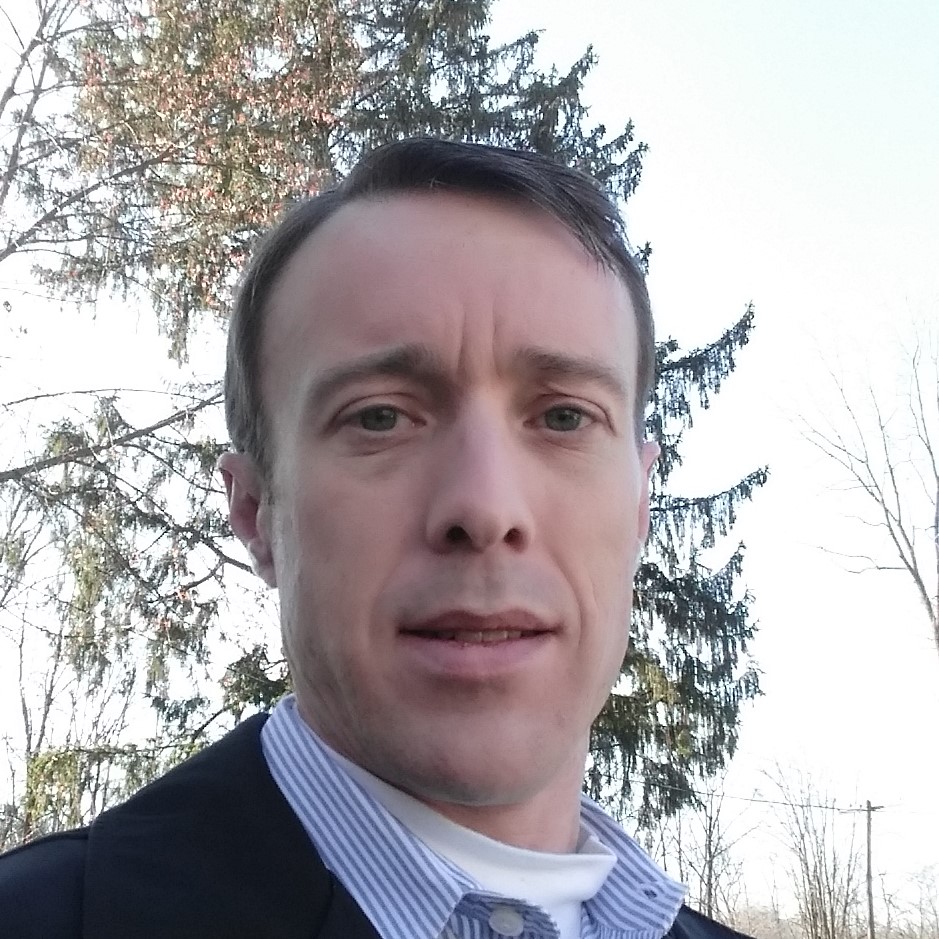 Author: Christopher Collins
Bio: Christopher is a Registered Architect and Principal at Christopher JP Collins based in Warwick, New York. The firm has been in business for 17 years designing projects throughout the Hudson Valley, NY, Pennsylvania, New Jersey, Virginia, and Florida. As a company policy, the firm is an early adopter of technology, exploring new methods to improve workflow efficiency. Christopher is also a member of the American Institute of Architects (AIA) and a Green Building Design LEED accredited professional.

6 Key Benefits of Using Enscape to Create Your Archicad Renders

Webinar: Designing a $90M Project Through Remote Collaboration and Enscape 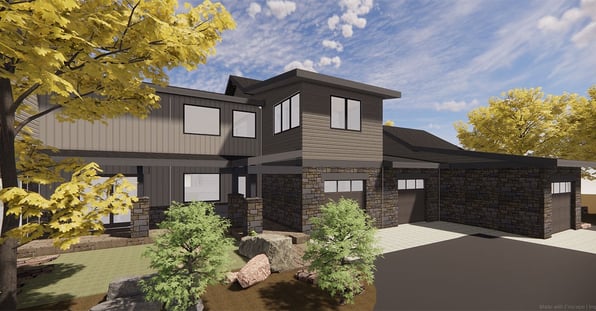 Art of Construction: Why Our Design Workflow Runs on Real-Time Rendering