As architects and designers continue to model more detail with higher quality textures and assets, plus more computers and VR head-mounted displays (HMDs) trend towards ultra-high definition displays, the software and graphics hardware must also continue to advance to meet this increased system performance demand.

This article will highlight how Enscape is working with NVIDIA technology to support the AEC industry, where the graphics card has embedded real-time rendering, upscaling, and anti-aliasing functions, which subsequently has been embraced by Enscape. This allows for larger, more complex, presentations of equal or better quality, and at higher frame rates, whether through on-screen walkthroughs or in virtual reality.

Enscape 3.1 will now support even more of the available processing power available on the NVIDIA RTXTM series graphics cards to improve the performance and quality of the industry’s favorite real-time rendering experience.

Improved performance and quality with Enscape 3.1

The focus here will primarily be on one of the newly supported hardware-accelerated features called NVIDIA DLSS, which stands for Deep Learning Super Sampling. This technology automatically improves rendering performance without any noticeable loss in image quality, and in some cases, even better results are achieved.

Rendering a fraction of the pixels gives a nearly identical result. The result is a clean and sharp high-resolution image for high-quality videos, high-performance virtual reality experiences, and ultra-smooth on-screen walkthroughs.

Since NVIDIA designed the DLSS functionality with the gaming industry in mind, there are no significant improvements for rendering still images over what Enscape currently does. However, the quality for still image renders has improved in version 3.1 with the addition of ray-traced sun shadows (more on that later in this article).

NVIDIA DLSS has been used by the gaming industry for about 3 years. In fact, I was at NVIDIA’s flagship annual GTC conference in Silicon Valley, as a presenter, back in 2018 when their CEO, Jenson Huang, originally announced RTX and demoed hardware-accelerated real-time rendering.

NVIDIA DLSS is a hardware-accelerated feature using the GPUs tensor cores, only found in modern graphics cards, such as the RTX 20- and 30-series for consumers, and the NVIDIA® Quadro RTXTM and RTX A series for enterprises. 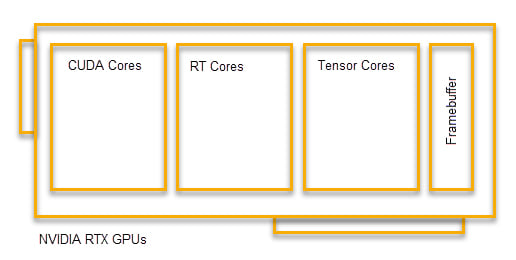 These cores have different names because they are physically separate components on the GPU. Thus, Enscape is utilizing more resources available on the GPU to achieve equal or better results in less time. While upscaling the rendered image resolution is the primary benefit, the real-time rendering experience in Enscape is also getting high-quality anti-aliasing at virtually no extra cost.

Since late 2019, Enscape has taken advantage of another specialized set of cores within the NVIDIA RTX GPUs, the RT cores. These cores are optimized for real-time rendering. In a similar way the computer’s CPU has specific math functions built-in; calling one of these functions from your application returns a result in a fraction of the time compared to writing out the math problem in your own code. I have tested Enscape performance gains of up to 34% with RTX (RT cores) enabled, when exporting stereo panoramas, for example.

Utilizing all three sets of cores, the result is much better performance for high-resolution displays and VR head-mounted displays and fast-moving walkthroughs on-screen. Much better, as in up to 9x when compared to the native resolution.

The significant advantage here is that your larger complex projects will be more robust than previously possible. The overall performance is relative to the specific RTX GPU you have, specifically; number of cores, clock speed, and memory size (aka, framebuffer). For example, I have previously tested performance gains of up to 66% in Enscape, when comparing an NVIDIA® Quadro RTXTM 4000 and the more robust NVIDIA® Quadro RTXTM 5000.

What’s more, in some cases, the upscaled image is even improved over the rendered image at the native resolution due to DLSS hardware-accelerated upscaling and anti-aliasing techniques. For example, in a fast-moving scene on the screen, you can see enhanced definition in dense leaves in trees. There are also less noise and artifacts, such as ghosting around elements when moving more quickly through a scene, as demonstrated in the following images. 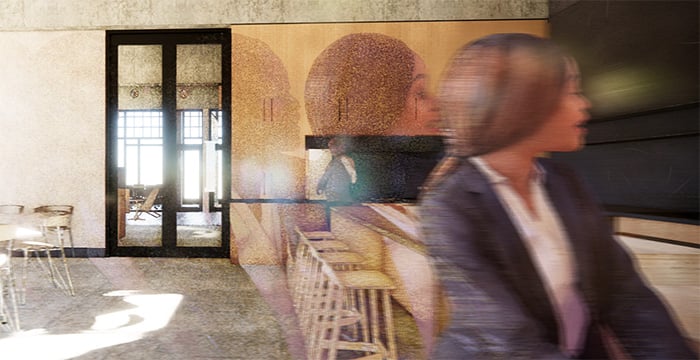 Without NVIDIA DLSS, ghosting can be seen when moving quickly within a scene

Using Enscape 3.1, with NVIDIA DLSS enabled, the ghosting is gone and there is more definition within the scene 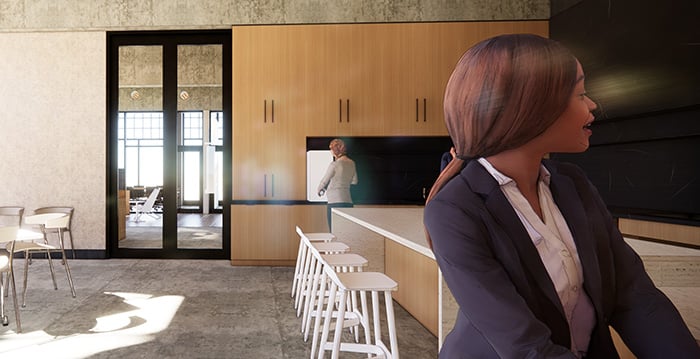 For comparison, the same scene rendered as a still image in Enscape 3.1

The NVIDIA DLSS feature is enabled by default since the AEC industry tends to favor NVIDIA GPUs, but it may be turned off if there are any issues based on a specific system configuration. Customers with other GPUs, or older NVIDIA graphics cards, are not penalized in any way; they just do not benefit from these hardware-specific improvements. For them, since Enscape can detect the graphics card, they will not even see the settings in the Enscape user interface. The measurable performance gains may very well prompt some Enscape customers to consider upgrading their GPUs.

The image below shows the NVIDIA RTX settings available in version 3.1. The settings can be found under the General Settings -> Rendering option.

In addition to DLSS, Enscape 3.1 also supports two new features which improve overall image quality which is worth mentioning before closing out this article.

Enscape has also integrated the NVIDIA Real-Time Denoisers library to offer an improved, state-of-the-art image denoising solution for interactive walk-throughs. It reduces the amount of noise visible in indirect lighting and reflections, especially indoors. It is recommended to have it enabled, especially in conjunction with NVIDIA DLSS, as the AI-based upscaling requires a mostly noise-free image to achieve the best results.

Enscape now supports the ray tracing of shadows as a consequence of sunlight which improves the visual quality and definition of the shadows. This feature is now available when rendering a still image or a panorama only. Ray-traced shadows will also be shown in the rest mode to allow previewing of a rendering. 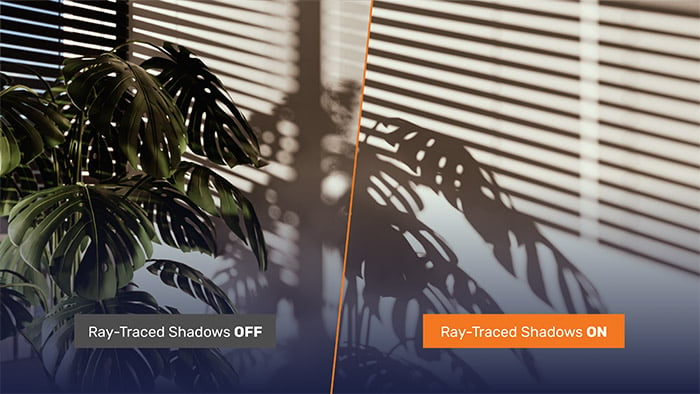 Webinar with NVIDIA and Enscape

Come and join me, NVIDIA, and Enscape for a webinar on September 9, where we will explore the latest visualization trends. We’ll introduce you to NVIDIA’s DLSS technology and show you how this improves quality and performance within Enscape. I will also discuss how these new improvements will impact the design workflows of architects and designers using Enscape’s real-time rendering plugin.

The future continues to look bright for Enscape as the development team continues to improve the value proposition for the AEC industry’s favorite real-time rendering tool! Existing customers can start enjoying the improved performance and quality benefits once Enscape version 3.1 is installed. Not a customer? Try Enscape for free and find out what everyone is so excited about. 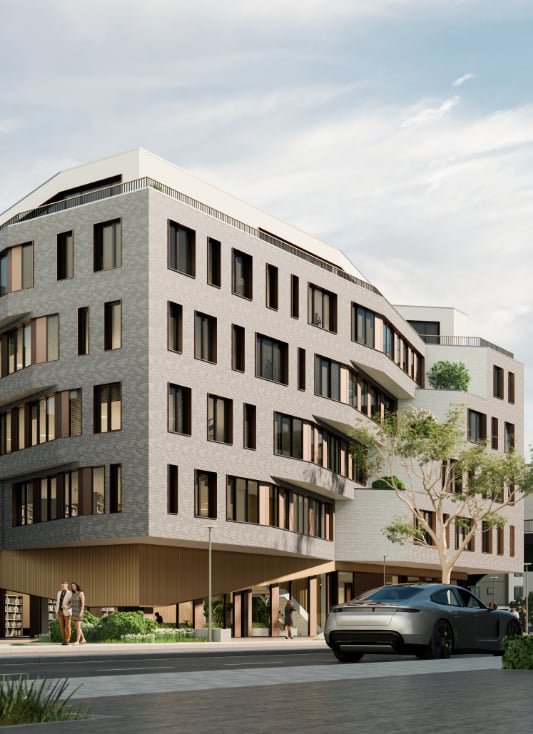 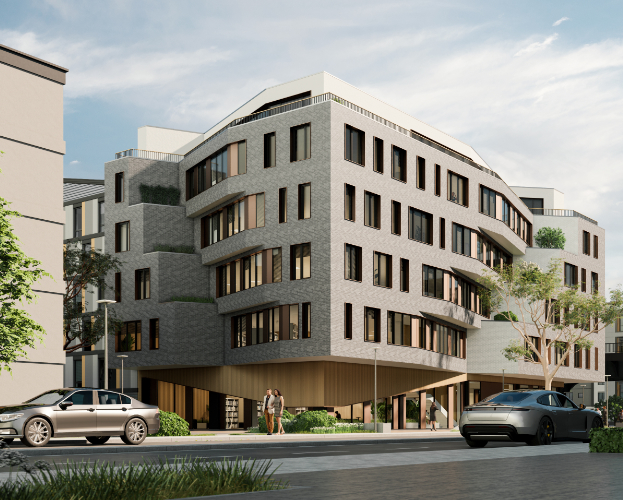 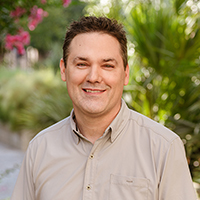 Author: Dan Stine
Bio: Dan is an author, blogger, educator, design technologist and Wisconsin-registered architect. He is the Director of Design Technology at Lake | Flato architects in San Antonio, Texas. Connect with Dan on LinkedIn. 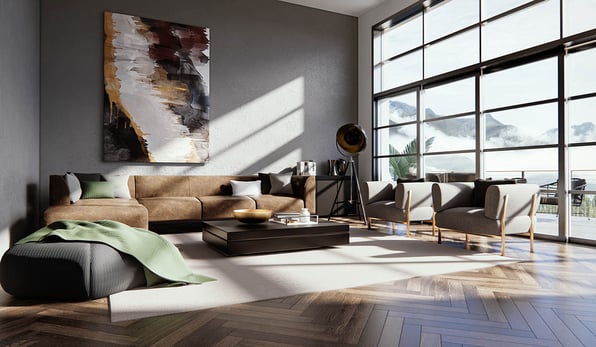 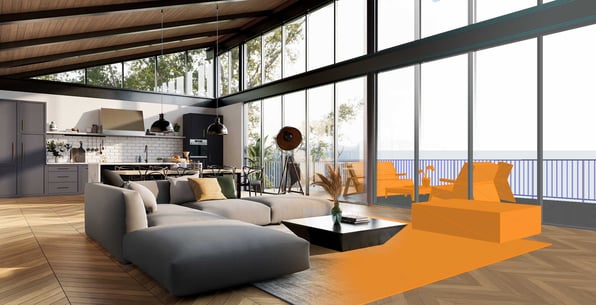 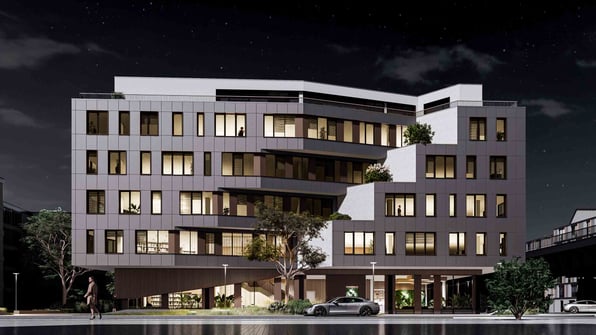